Cars, Four wheeler, saloons, sport cars, wow there are many varieties of the cars. we, on our daily basis watch and inspired by many of these cars on the road and every one has a dream to owe one. Some goes for Speed while others for the look and the one who can afford goes for both in one machine. Out of these cars that make our dreams and we see them roaring on the highways we are going to short list few as per Crazy Route criteria and international standards mainly for how far the speedometer takes the rider. These next level cars whose speeds are measured by authorities regardless of the theoratical speeds are quoted here. 01. Bugatti Veyron Super Sport: This giant and massive machine in terms of speed lead on our list takes 2.4 sec from 0 - 60. Its not only the fastest in high speeds but also the fastest accelerating legal street car that is available in the market with the base price of $1.7 Million being the expensive most car of the world with value added edition at $2.4 Million. With 1200 hp , Narrow angled 08 liter W16 engine it reaches the recorded top speed at 267.856 mph (431.072 kmph) on 10th July, 2010 in Germany with the Super Sport Version. Now if on road you come across one, i believe this is the car you better not mess with. 02. Koenigsegg Agera R: This vehicle ranked on Number 2 with the top speed of 260mph. With 1099 hp 5.0 liter V8 engine with twin turbo housing this machine reaches 0 - 60 in 2.9 seconds. If we are talking about snow sports that winter tyres and Ski Box is there for you. This Agera R Snow car is the leading competitor for Bugatti for coming few years. The competition is ON. It has the capability and parts to reach 270 Mph but this super car is locked at 235 mph but as the paper work is on the company will soon unlock the speed for one occasion to grab the title from Bugatti. It is available at a price of $ 1.6 Million.

03. SSC Ultimate Aero: With the top tested speed of 257mph this car takes its position at number three on our list. Again with the Twin Turbo V8 engine having 1183 hp tested in March 2007 by the competitive authorities and Guinness Book of World Records and declared to be the word's fastest car and hold the title for 03 consecutive years from March 2007- July 2010. In the mean while the Buggati and Agera R forced this american car to be ranked third among the fastest cars of the world. $654,400 Dollars is the base price for this fast machine.

04. Saleen S7 Twin Turbo: Wow we are at number four and still we are at a speed of 257 mph with this sports car model. it goes from 0-60 in 2.8 seconds still not bad. All Aluminium V8 twin turbo 750 hp engine that impresses every one in the neighbor hood with the base price of $5,55000. Its the true American Super Sports car and among the super stars on this cars fantasy galaxy. 05. Koenigsegg CCX: Half down to list and we are talking about the car that has the best speed recorded to be 245mph, with acceleration defined as from 0-60 in 3.2 seconds not bad at all for the college boys. 806 hp 90 degree V8 engine resides in the car to sport the speed with lot of  luxury. It comes with a price tag of $545,568. It is considered to be the Swedish brother of Agera R.

06. Mclaren F1: Wow the as we go through and watches all the seasons of F1 racing this machine is not new infact is the famous most of the list. but when it comes to the world fastest car records it comes at number 06 with the recorded speed of 240mph. The acceleration that attracts us all is for this car 0 - 60 in 3.2 seconds. 627 hp, 60 degree V12, BMW S70/2 engine marketed at price of $970,000. As famous is the fastest car in the 20th century and fantasied by its bat wings type doors that took the heart of the youngters for this vehicle.

07. Gumpert Apollo: This cars ever highest recorded speed is 224 mph with the acceleration of 0 - 60 in 3.0 seconds. This 4.2 Liters, V8 engine that inhabits 650 hp is sold at $450,000. It has one surprising fact about the claims of this model as Gempert claims that Apollo is designed to move upside down with 190mph speed or above in a tunnel but the test is still awaited.

08. Noble M600: This cars comes with the price tag of $330,000 and the fastest ever speed recorded is 223mph  with the top acceleration of  0 - 60 in 3.7 seconds only. Turbo-charged twin 4.4 liter V8 engine housing 650hp makes it more cooler internally and externally by contoured and slender body.

Now for the positions of the ninth and tenth we have a tie, We have 3 cars on number 9 and 2 on number 10. Pagani Zonda Cinque Roadster: The AMG V12 engine producing energy 678 hp with twin turbo charged have the fastest recorded speed to be 217 mph. The price tag shows that it costs like $1,850,000 it is produced only as a very limited edition with only 05 vehicles ever produced. Farari Enzo: Again with the same top speed of 217 mph Farari Enzo makes its place with the Pagani Zonda and Jaguar XJ 220. it reaches from rest to 60 in 3.4 seconds comes with a price tag of  $670,000 having F140 V12 aluminium engine housing 660 hp energy. Only few hundreds are ever produces precisely speaking 399 ever  made so the price for one goes up each time some one with this model get it crashed. 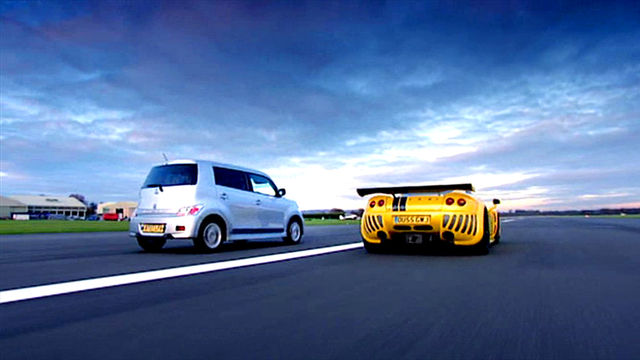 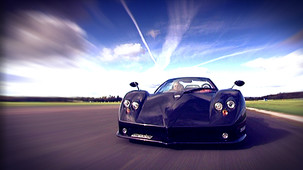 Pagani Zonda F: With the recorded speed of 215 mph is the last car on the list this car reaches at 60 in 3.5 seconds from 0. It Houses Mercedes Benz engine with specification as M180 V12 engine with 650 hp sold at price of $667,321. Now, with the value edition of V12 Motor this monster can do much better.

So, the fascination about the cars leads the reader and writter to the point to draw them here in the form of words and practically observe the difference among the different brands of the cars in the market and to find out that which one is the best and why is that so. this compilation of the list tells that Bugatti got the guts to show it all. But as the technology and techniques and the urge for the companies to have the title make it clear that this list will soon need some alterations at a major scale.

Times are cahnging for the better if I can get this online!

I’m so glad that the internet allwos free info like this!

And I was just wnoednrig about that too!

I simply couldn’t depart your website prior to suggesting that I actually enjoyed the usual info a person provide to your visitors? Is gonna be back continuously to inspect new posts