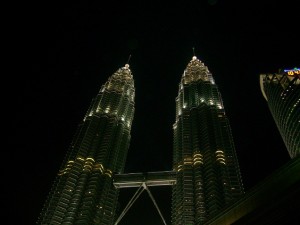 When we talk about Malaysia the first thing that come to our mind is always the Twin Towers "The Petronas" which enjoyed their status as the tallest buildings from 1998-2004 which were then surpassed by Taipei 101 but these are still the tallest 2 towers, besides the tallest buildings the other major attraction in the building is the 41st and 42nd story bridge that has the capacity t o slide In and Out in fast blowing winds to have this very bridge from collapsing.

As, like others i have a dream after travelling to many parts of the world i love to be there in Malaysia, i have relatives there too So, i insisted my Father that i want to visit Malaysia in my first priority and finally after convincing him i got the required funds to fly there. that was one of the happiest moment of my life to see the Petronas "A miracle" all with naked eyes. So, this was the only inspiration when i planned to be there. As, Visa process didn't took more than few days So after 7 days i was ready to fly. 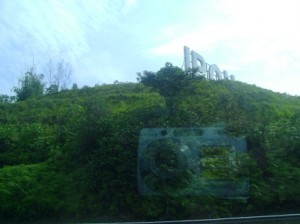 Received at the Airport by my aunty, i loved my ride from Airport to Home enjoyed all the greenery and the message on the board "Selamat datang", meaning Welcome to Malaysia and i was like any dignity answering the Boards: Really it was a dream come true. My aunt asked me where you want to go after having some rest and Lunch i told her i want to be in KLCC state away and want to see Petronas the 2 tallest building on the surface of Planet earth. So, she told me that as it is Business center as well so it is very crowded in evening and morning , that implies that we have two ways 01 is to be ther at 6 in the morning when the tickets / passes are issued free of cost again limited one no guarantee that you will find one or not, the other way to be there in the night so we prefer to be there in the night and aftert having lunch and some rest we went to work state away and in the KLCC in the night, we really enjoyed the place. I still remember that when i started watching the towers i almost get my neck twisted and i was like looking and looking staring it like a fat boy stare Cake: i was like Wow its amazziiinnnngggg....

After that we visited Putra Jaya (Federal Administrative Center of Malaysia) which is named after Malaysian Prime Miniter Abdul Rehman Putra, estimated about 40% of the area is green and  many bridges connecting it to the mainland the most famoous bridge been Seri Wawasan Bridge on which we stopped and enjoyed the river flow as well. we also spent some time there in the Lawn in front of the Putra Mosque and Prime Minister Secretariat. it was amazing to see all the federal departments and Ministries at one organised and controlled place. 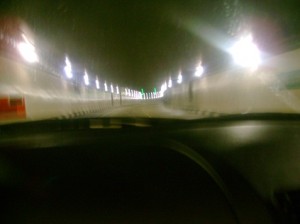 I thought after sighting the Petronas that my job was done but there was much more to be seen in Malaysia as it is not about only Petronas. after that we entered  E38 Express way which is 9.7 Km long and known as the Smart Tunnel "second biggest storm water tunnel in Asia. But it serves in 2 ways either as a storm water exhaust from the city or when dried then the express way, it was fun driving in the tunnel a much pleasing and entertaining experience really. after that we went back home as it was already too late and we went to sleep. 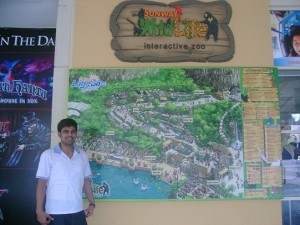 next day starts with Shopping, gaming, ice skating, cinema and balling all at one place "Sunway Pyramid" everything under one roof having a typical egyptian look with a standing guard as a Lion in the entrance stands tall in the city and a must visit place we have the food, fun and shopping all at the same time. really have spent a complete day there in the Sunway Shopping Maall but still most of the parts seems unseen, its huge really. 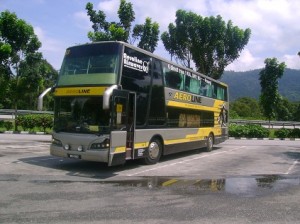 On third day we took a Bus Aeroline Airbus to Penang, which was my next destination, the most attracting in the travel was the 13.5 Km long Penang Bridge that connects the Penang island to the main land which is one of the longest bridge. after reaching Penang, i took a room in Berjaya, one of the best hotel chains there. i still remember when the guy handed over the key to me the room number was 2715 and i asked him, 2nd floor he smiled and said " 27th Floor, Sir", listening to these words have an impact on my brain and i kept silent and asked again but erply was same. So it took around 07 minute to take the lift and get on the floor no 27, this was my first experience to be at that height. I still remember that all night i can't sleep well as i kept on thinking that the building is swinging. 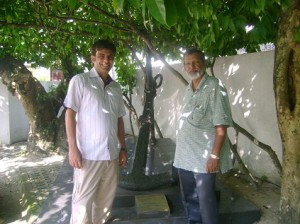 In the morning we went to Bukit Bendera, its a train ride to the top of the mountains where you can see the whole city of  Penang with naked eye being on the top, and trains go straight up, its adventurous and i enjoyed it with my uncle as well. after that we went to see the Penang State Museum where we were inspired by the history and the traditions of the State all at one place. Visiting Penang State Mosque is always have an spiritual impact on me. it was gem of an architecture and very inspiring as well. in food we enjoyed the traditional Coconut and rice food and McDonalds as well. 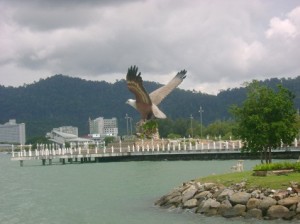 On the next day the next destination the Lankhawi by sea, again the experience that i can hardly forget its just like flying, i believe the feeling that i was having being on the ferry was not less then any thing. i simply loved the ride. one of the beautiful islands on the surface of the earth and residing at Berjaya Resort is always a very tormenting and never to forget experience having huts on the beach front and on the hills, with Spa and a very lively lobby full of people all the time and the carrying and droping van from rooms to the lobby adds more culture and beauty to the resort. the water sports and the beach and bay all adding colours to the beauty of the resort. 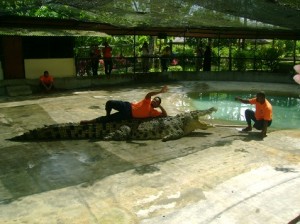 In Lankhawi we went to the croc breeding home, the underground world, the water falls and the cable car station on the hill top adds the beauty to it. then eagle square at the port is always a memorable sign. there are much more about the tour as in Croc place we have seen the croc live show with their handlers and all that. but still the memmories are still young about the underwater world where i first time have seen Penguins jumping and playing and having fun in captivity and all the water species with a very beautiful wild life walk through, all under one roof and it was really amazing. Then the inwater Bar in Swimming pool at the Resort and Night Live Singing at the Lobby always catch me to be there all the time.  i wish really that i can put every detail in this article but it seems a little difficult for me to put all the details here in one article.

Malaysia really is full of God gifted natural Beauty but the best part is the preservation of the sites in a thoroughly organised and controlled manner.

I found your site through Bing but you do not seem appear in other search engines for some reason.

Nope, Its not the fact actually we are listed in every search engine as Crazy Route…

Hello! My family definitely adore your blog! I didn’t see an email page so I hope you don’t mind me reaching you here. Cheers! Maggie St.john

I simply want to tell you that I am just new to blogs and certainly savored your web page. More than likely I’m going to bookmark your blog post . You really come with exceptional stories. Thanks for sharing with us your webpage.

So shoudl I… in fact for get it.

I know this if off topic but I’m looking into starting my own weblog and was wondering what all is required to get setup? I’m assuming having a blog like yours would cost a pretty penny? I’m not very web smart so I’m not 100% positive. Any recommendations or advice would be greatly appreciated. Cheers.