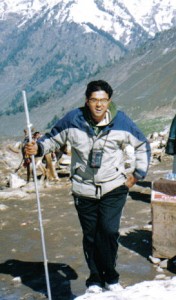 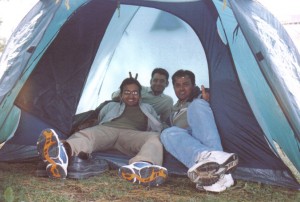 Tags: A TRIP TO WHERE? (Part 1), Kaghan, Naran, One of the best walking tracks, vacations with friends, Walking Tracks

Mohsin Bhai, Finally a good job Done.. You Guys are amazing.. please make things happen keep these blogs coming up and updating every now and then.. and i am your regular reader as well….

Wow, Mohsin, you have have lots of fun there… we are desperate to go through the rest of article, when the other parts are coming up….

Mohsin you have been amazing all the time and this time it dont seem to have any difference… and we expect that kind of thing only from you aswell, please make the rest of journey come up so thats we can have the fun at its fullest,,….. love you..

Just randomnly come to appear on this website and found this site a real heck of the journey details with all the drama.. i liked the site as such but this particular article attracts me the most… i wish it was posted with all parts.. i will keep visiting the site for the remaining part as well….

oye i didnt know my husband was a writer keep it up!! im impressed….

G haan, Bhabhi, its a NEWS for me as well but the way he writes, he don’t seem to be an amateur writer he seems very professional rather… He not only impressed you but also the many people across globe who are thoroughly impressed by him and i wish him Success to write better and better day by day..

hi there brilliant little blog ya have right here 🙂

Just wanted to give you a shout from the valley of the sun, great information. Much appreciated.

Hi. I am new to this commenting as I normally just look at the comments but I should get into the online communities more often.

Hi mate – in truth appreciate you making the time to share this – it is forever better to see an individual in reality do it instead than just reading it!

Yup.. The Author did all that all by himself and then wrote it,…:)

I just want to mention I am just beginner to blogging and honestly savored you’re website. Very likely I’m going to bookmark your blog . You actually have very good posts. With thanks for sharing your webpage.

Just wanna say that this is invaluable , Thanks for taking your time to write this.

Thank you that is very helpful for me, as a new site has been inundated with comments that seem OK at first glance but then get repeated with a slight change of wording. I have something concrete to go on now and will delete quite a lot of them.

Hello! Someone in my Myspace group shared this site with us so I came to take a look. I’m definitely loving the information. I’m bookmarking and will be tweeting this to my followers! Fantastic blog and wonderful style and design. Kudos!

The more you know, the extra you understand you don’t know.

Thanks for a marvelous posting! I certainly enjoyed reading it, you may be a great author.I will be sure to bookmark your blog and may come back down the road. I want to encourage you to continue your great posts, have a nice holiday weekend!

I’m not sure where you’re getting your information, but great topic. I needs to spend some time learning more or understanding more. Thanks for fantastic information I was looking for this A TRIP TO WHERE? (Part 1) Crazy Route for my mission.