Struck in Center of Nowhere

when you are travelling and travelling a lot, there is one thing you come across not very often and if you get in: then you have to think again and this little but bad experiences are just like getting chills abroad i mean you are struck in centre of nowhere and do not have much to do about it. thats what happen to me as well in this particular article.

I am a frequent traveler so i have diffrent experiences every now and then but the one i am about to share with you here is a little different one and below in comments section want you to have your comments in form of the real tough situation on your way which you have to go thru.

I with my friend, as usually we travel together and luckily we are together when we have a plan to overland  Pakistan from Islamabad to karachi. we have a very good journey all the way listening and singing good songs, making fun and travelling all going good. we dont stop too much on our way usually so we carry our journey and entered Sindh from Punjab povince around noon. when it was about evening just few minutes before sunset we were in the centre of Hyderabad and Karachi on Super Highway. 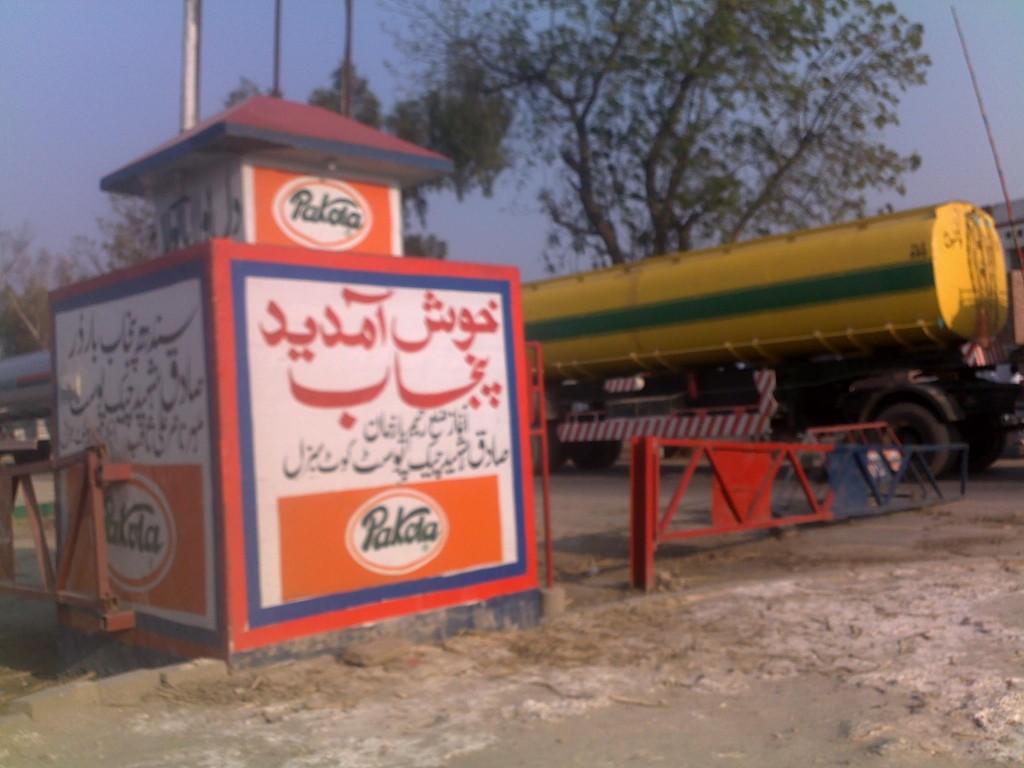 Super Highway is full of deserted places and patches between and have very little populated area in between the two major cities. when we were around 60 kilometers away from karachi after having traveling for more then 1400 Km we had a situation. Now as the road is really full of heavy traffic, containers, trucks and vehicles sometimes you have to do a little cheating in there by making overtakes from the wrong side, and thats what exactly what we did which started the problem. 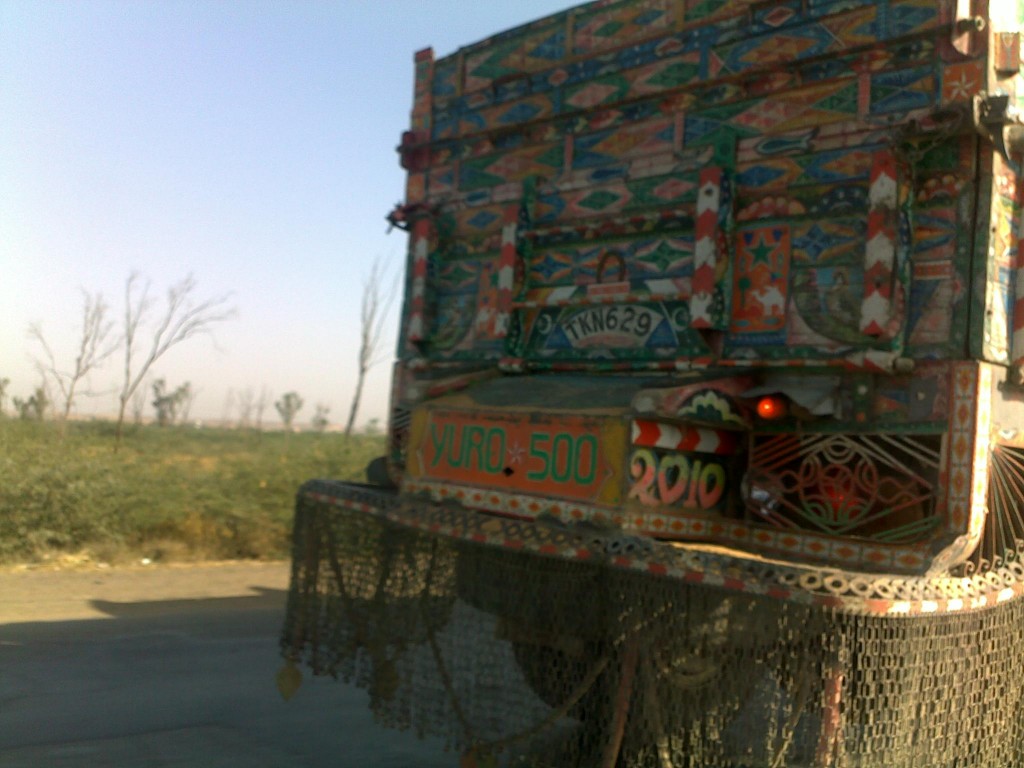 I was on the second seat and my friend was driving the vehicle when we were talking and laughing and giggling with each other and suddenly we the man at driving seat "Dr. Gola" has to take a decision as the speed was around 100kph he has two options: as one big truck was over taking the other one' one at 10kph and other at 15kph: so either to apply brakes and control speed or to take the other side and get pass both of them immediately. So he tried the other way and we were in a problem.

The neck of the road looks good enough but the problem is that the neck is 4"inches deep and having sharp edges on the outer side, so at around 90kph we get the car on the bumpy offroudy neck of the road and without any change in speed we tried to get back and in doing so we were in the big problem. Coming back on the road sounded good to me but he pulled the car again on the opposite side back on the bumps i asked "Whats wrong?" he replied "i think we have a problem with tyres", we jumped out of the car immediately after getting its movement ceased and what we say, we just can not digest our car has 2 flat tyres out of 4.

Now we knew that we were in the big trouble, as there is only sandy mountains around us and no one to help. Now it got wrst when we open the trunk and found that we only have One tyre and jeck, no wheel rod and jeck rod there. gash! we knew that we are struck in the centre of nowhere. But we were looking at the car with two flat tyres and laughing like anything. what we do straight away after understanding that now we were in serious problem we called the Motorway Police to show up and besides that standing on the road keep trying to stop a car for some kind of a help either in shape of Jeck Rod or whatever. 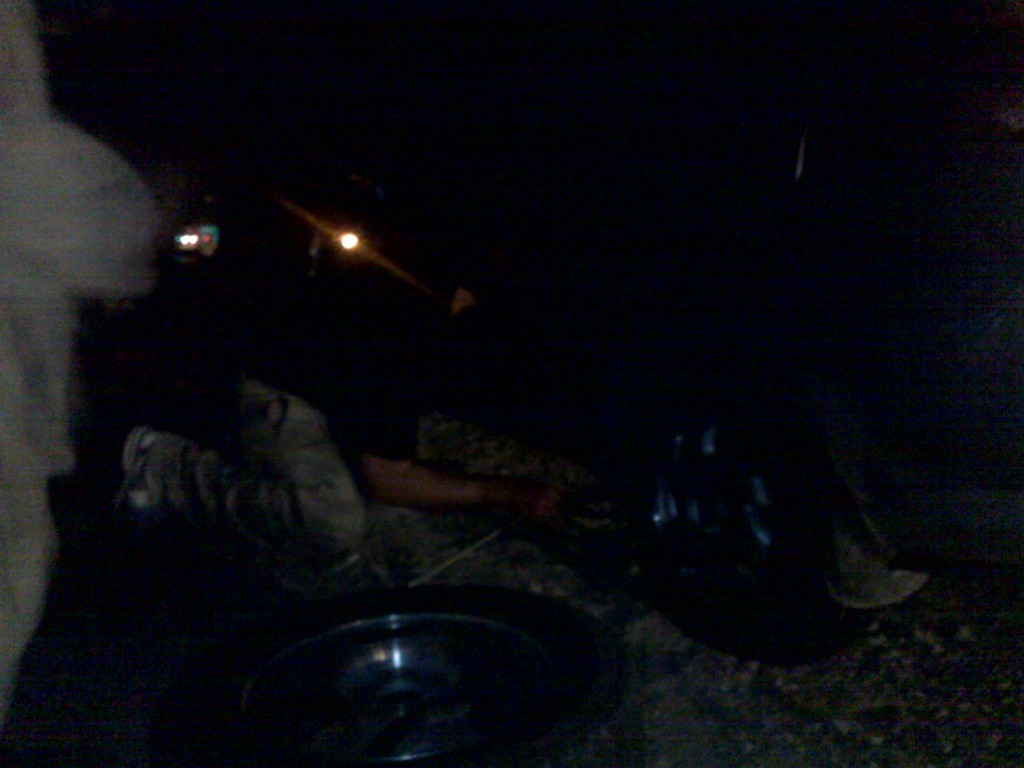 Finally we have a company we have a shehzore and two guys on Bike stoped on our call. the guy on shehzore helped us getting our tyres of the vehicle and putting one spare tyre at work and on the fore wheel we have the Jeck in place and they left. now we were left with a Bike and 2 persons. my friend took the both flat tyres and a man on bike and headed towards Karachi where after travelling few kilometers he found a place for tyres but they cannot fixed that burst tyres so again he have to come back and move towards north where after 10 kilometers he found the place to get these tyres fixed and on his way back he called me and i asked him to show up because its getting night and day is fading, so finally he told me that you wont believe that the Bike on which he was moving also have a flat tyre!!!

Now what, we requested Police Vehicle to extend the support to get the tyres and my friend back to get this vehicle again on 4 wheels and finally he is back on Police Recovery Van. we fixed the tyres again by Borrowing the Jeck and Wheel Rods from the Motorway Police. We thanked the 2 guys for their utmost support and restarted our journey towards Karachi. 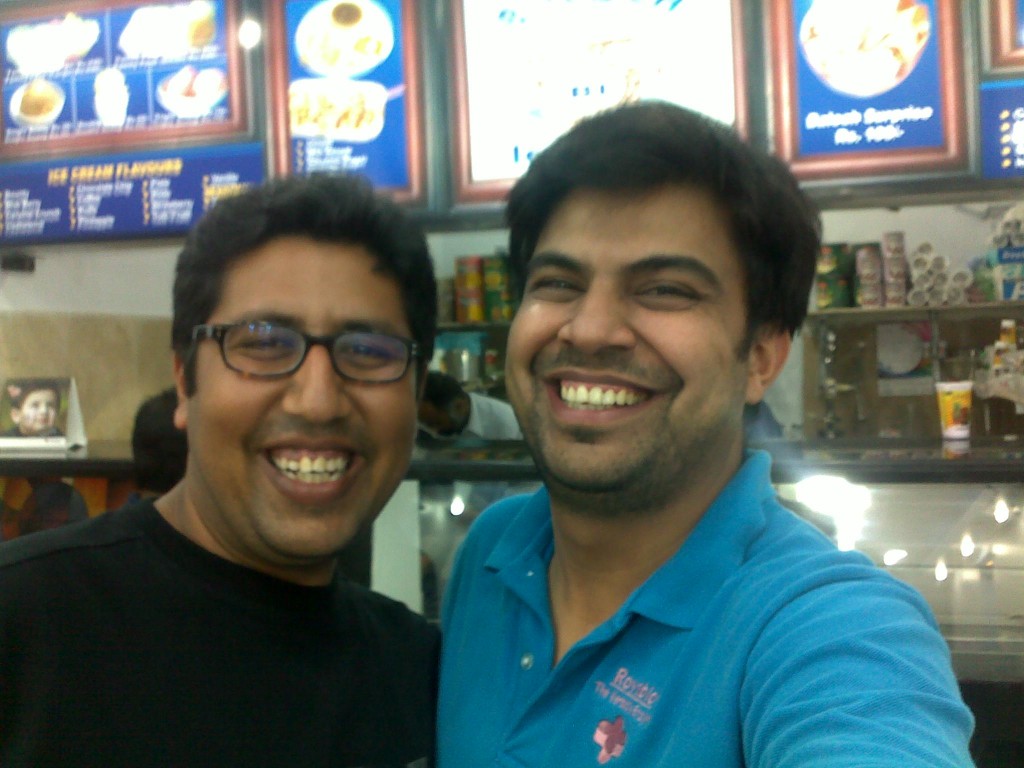 Gash! that was pretty fun but managed somehow still when we are together we used to remind the event and laugh alot remembering the cold whether the chills that i felt when he took the key with him while fixing the flat tyre and so on and in one way or the other we really miss the time that we spent there.

Most importantly we thanked God alot  for taking us out of the problem the way that it never happened to have any problem rather a lesson that you should have your tool kit checked all the time before selecting long routes in the crazy way.

Good stuff, really thought it was nice you can be sure that I’ll be back!

All of my questions settled-tahkns!

You obviously know a bit about this. You make some quite great points.

We try to do good work.. thanks for appreciation

Four score and seven minutes ago, I read a sweet arlitce. Lol thanks

I simply want to say I am just newbie to blogging and site-building and seriously liked your web site. Almost certainly I’m likely to bookmark your blog . You absolutely come with amazing well written articles. Many thanks for sharing your website page.

I always was interested in this subject and stock still am, thanks for posting.

Grazi for mankig it nice and EZ.

I bow down hublmy in the presence of such greatness.